2 replies to this topic

I've come to warn you all about a series of highly questionable party pills, which according to the vendor/manufacturer contain para-chloroamphetamine / 1-(4-chlorophenyl)propan-2-amine. All products of this producer marked with a 3 contain the proven neurotoxin. These are, in alphabetical order:

Vendors stocking it are listing this item stating it contains "4-chloroamphetamine ; 1-(4-chlorophenyl)propan-2-amine"

This substance, 4-CA (or PCA, para-Chloroamphetamine) , is a highly neurotoxic substance that selectively destroys serotonin receptors and is in fact used in animal testing as a toxin to give lab animals permanent serotonergic brain damage needed for certain experiments.

This is not a novel drug that might be bad, its a very well known substance that is highly neurotoxic among a wide range of mammals, and is in fact used as a neurotoxin in animal testing for many decades.

This is a very serious situation, do not under any circumstances use this substance, and do whatever it takes to prevent others from being exposed to it.

Aside from PMA-like surges in serotonin activity, lasting braindamage may result with adverse consequences lasting,m months or years after even a single use. 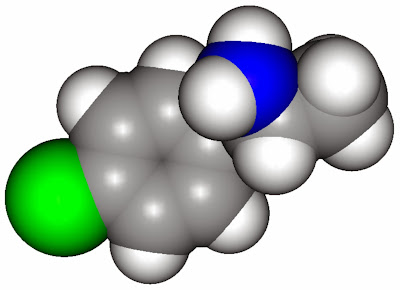 With the recent news that a variety of legal high products featuring 4-chloroamphetamine (pCA) as an active ingredient have appeared on the gray market I thought I'd post an excerpt from my Harper's article published earlier this year that describes the experimental use of pCA as an antidepressant:

One of the most frightening things about the human brain is how poorly it gauges its own functioning. Things quickly become complicated when you attempt to measure the performance of an instrument with the instrument performing the measurement. In 1969 a Dutch psychiatrist named Herman M. van Praag conducted a series of experiments on depressed patients with 4-chloroamphetamine, a new drug that possessed a significant therapeutic effect and was tolerated excellently; not a single patient complained of side effects. Though Praag discontinued his work in the mid- ’70s, 4-chloroamphetamine is still used widely today, not as an antidepressant but as a neurotoxin for selective depletion and destruction of serotonergic neurons in experimental animals. The point being that humans cannot necessarily feel neurological changes. Many disorders of the brain are accompanied by a commensurate inability to perceive the disorder. The later stages of Alzheimer’s, for example, are characterized by memory loss so severe that the deficits are forgotten.

A more intuitive example of this phenomenon is encountered in the peripheral nervous system where superficial first and second degree burns are extremely painful but deep third and forth degree burns can be relatively painless due to complete destruction of sensory receptors in the skin, just because there is no sensation doesn't mean there hasn't been damage done. I wanted to post all this in response to a number of claims that pCA's lack of side effects could be interpreted as an indicator that it lacks toxicity.

Chemically pCA is highly optimized for depleting serotonin stores and virtually all structural modifications such as N-methylation, N-hydroxylation, or 3,4-dichlorination decrease its toxicity. It also possesses a much higher toxicity than pIA or pFA, with only pBA exhibiting comparable potency. The mechanism of pCA's toxicity is still unclear and after reviewing the literature the only thing that can be said with certainty is that it's SERT dependent and blocked by SERT inhibitors.

I've been reading a lot of the discussion posted on Reddit, Bluelight, and other forums and it seems the harm reduction community succeeded in preventing the sale of pCA containing products as they have recently been removed from the vendor's website. If the tablets were actually pressed then I wouldn't rule out the possibility that the vendor simply responded to the outcry by removing the offending items and reintroducing them under a different name so I would treat any of their offerings with extreme caution. If anyone did purchase the pCA containing tablets please email me as I would very much like to confirm that this material was actually being sold.

Back to Word on the street-DRUGS